2013 Retrospective and What's Next

It's that time of the year again - time for our annual retrospective! Last year was a very productive one for us. It kicked off with Flavien quitting his job to work on I-Novae full-time. Unfortunately this was counterbalanced by the fact that I ran out of savings and had to go get a job. The year was quite a roller coaster ride which started on a high note with the announcement of our desire to launch a Kickstarter. This initial enthusiasm was tempered a bit by the realization that we weren't going to be able to launch by the end of summer with the level of quality we wanted - followed by the discovery that our web server had been compromised and turned into a spam bot. Fortunately, while there was a period where we had little to no updates, we were hard at work rebuilding our web presence, re-branding the company, and of course polishing up our tech as we push toward launching our Kickstarter.

State of the Kickstarter

As I have mentioned before our Kickstarter will be for a game titled Infinity: Battlescape (I:B). This is not going to be the same game as Infinity: The Quest for Earth (I:TQFE). Most notably it won't be an MMO. After taking stock of the situation early last year it became apparent to us that we needed to reduce the scope of our ambitions in the near term so that we could release a product. Our ambitions for Infinity the MMO are huge and the capital requirement to build I:TQFE at the most basic level is on the order of millions of dollars that we don't currently have. Thus we've decided to build a game with a heavier focus on space combat.

To summarize, our core 30 seconds of fun will be massive space battles like you see in Star Wars, Battlestar Galactica, etc. If we raise enough with our Kickstarter there will also be plenty of support roles combined with deeper strategy and tactics for those of you who aren't so keen on combat. I:B will be multiplayer only and take place in the Infinity universe within a single solar system (others may be released as DLC). Instead of having individual maps, combat will take place in different "battlescape's" throughout this solar system. Exactly how this concept of a battlescape is implemented will, like many things, depend on how much money we raise. Either way the game will contain an offline sandbox mode where players will be able to explore in peace without any restrictions.

You may be wondering why haven't we released the Kickstarter yet. As it turns out launching a good Kickstarter is a lot like dying from a thousand paper cuts - the devil's in all the little details. When we initially announced our plan for a Kickstarter the overall message we received from the community was "don't launch it before it's ready". This was best summarized I think by an article in Rock Paper Shotgun. We've taken that advice to heart and we realized last summer that we simply couldn't release the Kickstarter in 2013 with the level of quality that we want and you expect. The good news is that we're pretty confident we'll be able to get it out in the first half of 2014. I know we've said this before but hear me out.

State of the Engine

Some people have lamented our focus on our technology. The fact of the matter is that we have a specific vision for the games we want to make, a vision we don't want to compromise, and no other technology stack on the market today will let us achieve that vision. Thus we decided to create our own game engine - a massive undertaking that's hard to overstate. The single largest hurdle for us releasing pretty much anything has been our engine. The I-Novae Engine is a really cool piece of technology however it's also extremely complicated. Being on the bleeding edge is great but sometimes you get cut. What we did a great job of hiding in the 2010 video was that there were still a couple of problems with our planetary terrain engine. To summarize there were enough problems that we didn't feel comfortable shipping a product with our technology in its current state given our limited resources at that time. I spent a lot of effort trying to get the investment we needed to polish up the tech so that we could ship a product however that never came to pass. Thus the task fell to Flavien and I to continue pushing onward with our limited time/resources to resolve those problems. 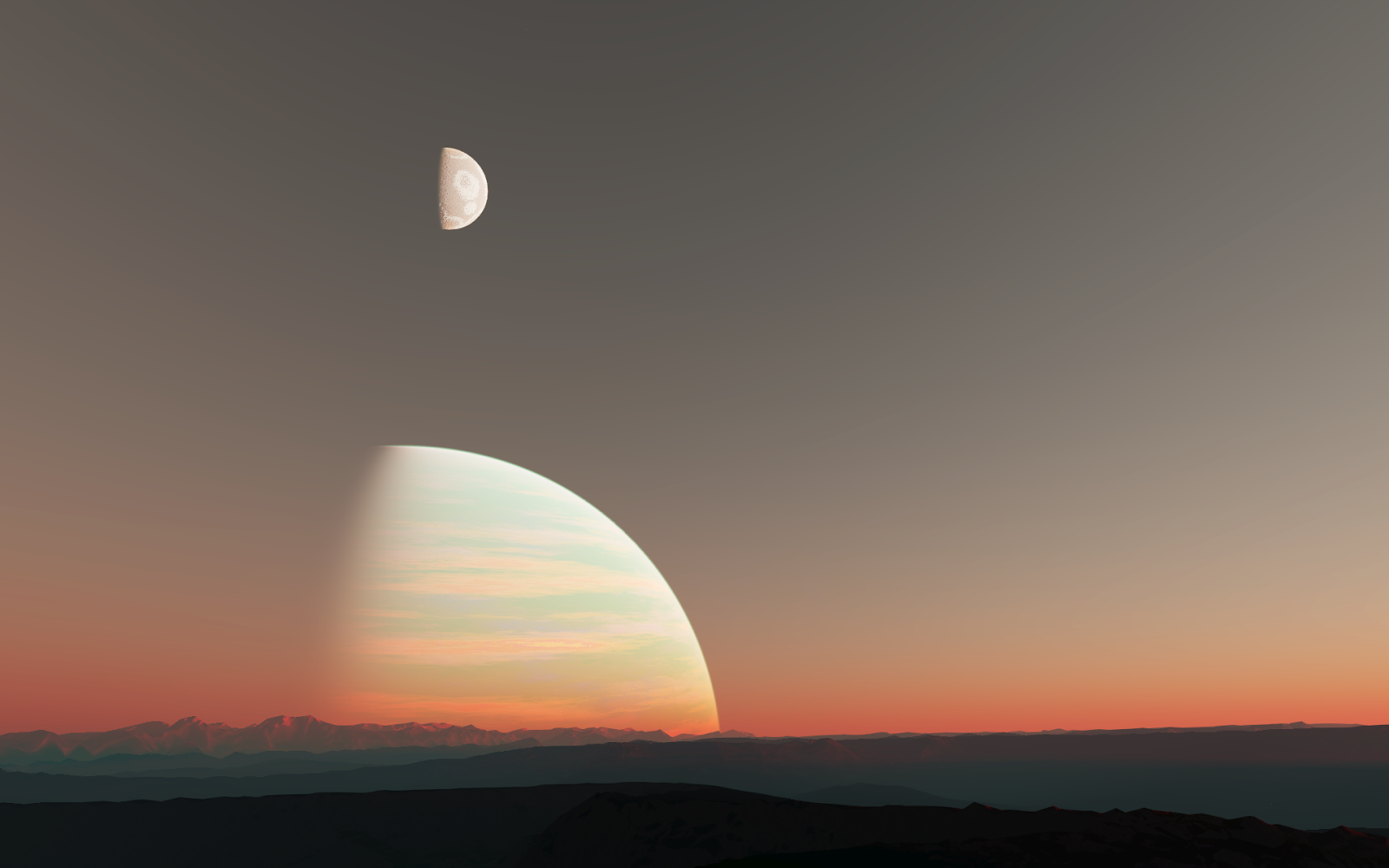 In the intervening 2 years the quality of our planetary tech has improved dramatically. All of the major issues that plagued us before have been resolved, we've significantly improved performance, and we threw in physically based rendering while we were at it to make everything look even better. As I write this we are working on finishing up the last couple of engine features we want for our Kickstarter campaign. Work on the I-Novae Engine will never stop however it's finally at a point where we can get back to focusing on making games and that's a great place to be.

So what's left to do for the Kickstarter? For starters we've been mocking up our Kickstarter video but it isn't quite ready for production yet. The campaign video will start off with a gameplay teaser followed by the usual talking head stuff. Needless to say we're super excited about what we have to show you, our art team has done a great job, and it's going to be awesome! In the meantime our artists are still putting the finishing touches on the video's assets and, like I previously mentioned, we're wrapping up a couple of engine features which we hope to have done by mid-February. There's still a lot of work to be done on our website. Specifically we're going to put up a bunch of information on the background story for I:B and the ships that will be involved. We're also going to provide fan site media packs and wallpapers.

The current plan is to release 1, maybe 2 video(s) between now and the launch of our Kickstarter campaign. These will include more pretty planet stuff, similar to the video we released last November, with the goal of giving you all something new to look at while you wait without revealing the goodies we're saving for the Kickstarter video. We will formally announce the launch date for our Kickstarter campaign with the release of a demo. For the first time since the Infinity Combat Prototype (ICP) you will be able to download a copy of the I-Novae Engine and run it on your computer at home! This demo will require a pretty beefy system, the exact specs to be determined, as we will have all of the shiny stuff turned on. It also will not be fully interactive but will instead contain scripted camera motion across 1 or 2 planets/moons. This is intentional, we want to release the demo as a teaser for the Kickstarter campaign. Those of you who pledge enough for early access to the game will get an interactive sandbox immediately upon successful completion of our Kickstarter as a way of saying thanks.

Lastly we're finishing up the design of the game, nailing down our pledge tiers, and trying to arrange for an art gallery to show off the I:B artwork during our Kickstarter campaign. The gallery will be located in Phoenix, AZ and I'll be there so you can drop by to say hi and get any questions you may have answered in person. Tentatively I'd like to say we'll be at or near completion in time for GDC in mid-March however there's a lot of moving pieces so we'll keep everybody posted if that changes.

Last year was a super productive year for us and so far everything indicates 2014 will be even better. We've increased our team size from 5 to 9 people and we're moving along faster than we ever have before. Our technology and artwork are really coming together to create something truly beautiful and unique. For everybody who has stuck with us over the years we can't thank you enough. Hopefully 2014 will be the year that your patience pays off, we're very excited to show you all what we've been working on, and we can't thank you enough for your support!
Posted by Unknown at 8:58 PM